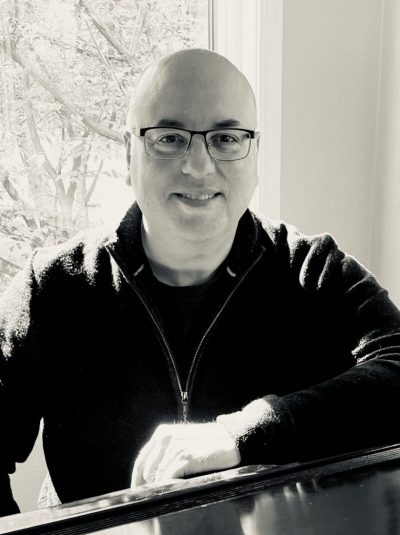 Ralph Beerhorst is a Chicago-based keyboard player who has arranged for, produced or shared the stage with such artists as Buddy Guy, Ramsey Lewis, Brian McNight, Donell Jones, Stephanie Mills, David Benoit, Brian Culbertson, Steve Cole, Nelly, Speech (Arrested Development), Bobby Vinton, Martin Short, Vinnie Colaiuta (Sting), and the Chi-Lites, among others.  A few highlights from Ralph’s session career are playing on Katherine McPhee’s album “Hysteria” for Columbia Records, and on the New Line movie “Unconditional Love” where he enjoyed rehearsing Kathy Bates, Rupert Everett and Jonathan Price and recording the piano parts that Barry Manilow would play onscreen.  Ralph has written, arranged and played keyboards on hundreds of TV and Radio commercials for such clients as Disney, Coke, Gatorade, Budweiser, Sony, the NFL, McDonald’s and many more. His music has appeared in over 350 T.V. episodes at last count, including the Oprah Winfrey show and Dragons: Rescue Riders on Netflix.

Ralph has recorded locally, nationally and internationally at studios such as Abbey Road, London with the London Symphony and Ocean Way, Los Angeles, and has been a contributing orchestral arranger for music that was performed by the Chicago Symphony at Carnegie Hall in PBS’s “Great Performances” series with Peter Jennings, as well as music that made its world premiere with the CSO and soloist Daniel Barenboim at Chicago’s Symphony Center. Ralph has received a Telly, a London International Advertising Award and has been nominated for a Daytime Emmy for his commercial writing.

Ralph’s “day gig” for the past few years has been writing for gaming. A few highlights have included adding live orchestra to Elton John’s “Rocket Man” and arranging the Simpson’s theme for large big band and orchestra. He continues to enjoy playing live in a handful of settings which includes worship music at the Chicago Church Of Christ, and with a few artists including Chicago-based singer-songwriter Michael McDermott and Chicago’s own Tributosaurus, where he has enjoyed being part of a “keyboard armada” with fellow Hammond Artists Christian Matthew Cullen and Chris Neville.