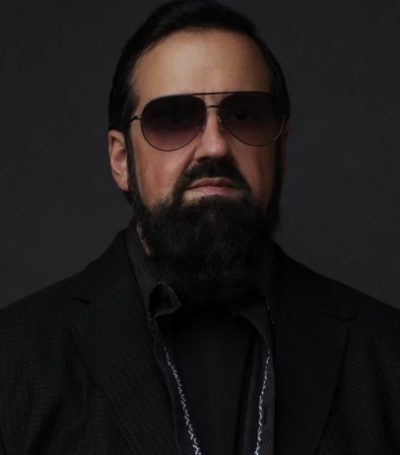 Hammond Hall-Of-Fame Organist Joey DeFrancesco has passed away at the age of 51.
Joey DeFrancesco was 16 years old when he signed an exclusive recording contract with Columbia Records. The following year he released his first record, titled All of Me. His performance on All of Me has been attributed as helping bring back the organ to jazz music during the 1980s. That same year, DeFrancesco joined Miles Davis and his band on a five-week concert tour in Europe. He followed up with playing keyboard on Davis’ album Amandla, which reached No. 1 on the Contemporary Jazz Albums chart in 1989. DeFrancesco started playing the trumpet around the same time, inspired by the sound of Davis. DeFrancesco was originally spotted by Davis during a performance on the television show called Time Out. He was performing on the set along with high school classmate Christian McBride when Davis asked the show’s host, “what’s your organ player’s name”, referring to DeFrancesco. DeFrancesco’s recording deal with Columbia included the release of 5 albums. In addition to All of Me, he released Where Were You in 1990, Part III in 1991, Reboppin in 1992, and Live at the 5 Spot in 1993.
DeFrancesco began touring with his own quartet at the age of 18. In the early 1990s, he began collaborating with John McLaughlin, former guitarist for Miles Davis and the leader of Mahavishnu Orchestra. At the age of 22, he became a founding member of the group The Free Spirits, along with McLaughlin and drummer Dennis Chambers. He toured with the group for 4 years and was part of several recordings, including the albums Tokyo Live and After the Rain. DeFrancesco is also credited with playing trumpet on the Tokyo Live album.
In 1999, DeFrancesco recorded his album Incredible! Live at the San Francisco Jazz Festival. The album featured a performance by his idol Jimmy Smith, who joined DeFrancesco for two songs. In 2004, DeFrancesco recorded Legacy, an album that also featured Jimmy Smith. The album was Smith’s last recording; he died the same year.
DeFrancesco was nominated for a Grammy Award in 2004 for his record Falling in Love Again. DeFrancesco’s career shifted slightly in 2009 with the film Moonlight Serenade, starring Amy Adams and Alec Newman. He played the role of “Frank D” in the film and was also credited as a composer and producer of the film. DeFrancesco was nominated for another Grammy Award in 2011 for Best Contemporary Jazz Album for Never Can Say Goodbye: The Music of Michael Jackson. The recording was released in 2010 as a tribute to Michael Jackson. Some other DeFrancesco tribute albums include a tribute to Frank Sinatra titled “Joey DeFrancesco plays Sinatra his way” and another tribute to Jimmy Smith. DeFrancesco also turned 40 in 2011, celebrating by releasing his 29th recording titled 40, which had success both on jazz charts domestically and in Europe.