Yates McKendree was born surrounded by music. Before he could even talk he would gravitate to his Dad’s Hammond B3 in the living room and sit happily underneath for entertainment. By the age of two he was picking out melodies on the piano and organ. It seemed he was living and breathing music, often turning everyday objects (washer and dryer, forks and spoons, pots and pans…even the railings of the staircase!) spontaneously into musical instruments. His constant humming of a melody at the age of four earned him his first songwriting credit for the instrumental, “Mr. Boo”, from his father, Kevin McKendree’s 2004 release, “Hammers & Strings”.

By the time Yates was in kindergarten, he was sitting in on drums with his Dad’s trio. He had developed a love for the music of Jimmy McGriff, James Booker, Billy Preston and Booker T. & The MGs, and was now playing quite competently in those styles….on piano, organ, drums, guitar and bass!

As he was growing up he had many opportunities to perform for and with some of music’s best and biggest stars. He played a rockin’ boogie on the piano for Little Richard, who declared “Oooooh, that’s hard to do! I’m gonna call you ‘piano boy’!” He earned a standing ovation at the Tennessee Theatre in Knoxville, TN when John Oates featured him on a portion of his show.  He also earned a standing ovation at the New Orleans Jazz & Heritage Festival when Delbert McClinton featured him on his set. Most recently, he was featured with his father on the Don Imus television and radio show.

Yates says what he would like to do next is to write and record an album with his Dad. Maybe even tour! With all this talent and support, it’s clear that this 14 year old has a bright, musical future.

“I’m a firm believer in nurturing and encouraging young musicians. None more deserving than Yates McKendree. I met him some years ago when his father and I played together and his unique musicanship, innate talent and decication was obvious from the start. A credit to Hammond for recognizing him and I look forward to following his career into the future.”  John Oates 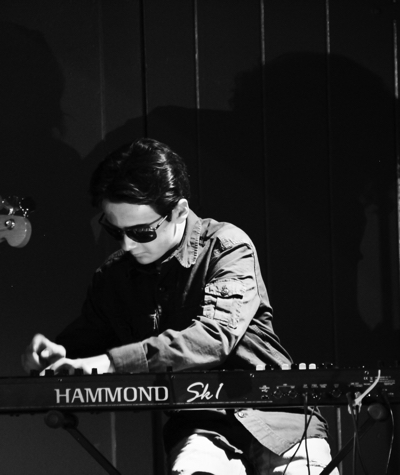