Vel Lewis, Hammond Organist, can be found listed on many popular recordings and well-known TV shows The Sopranos, Mad About You, Friends, and Wife Swap USA, all of which feature music he composed. There has been a whirlwind of activity between recording sessions and concerts with Frankie Beverly and Maze, The O’Jays, Grover Washington, The Spinners, The Whispers, The Stylistics, and The Supremes, to name a few. He also toured with Ms. Dionne Warwick on her World Tour for three years. His latest release, “Colors of Soul” is a highly charged Jazz and Soul EP that is superbly produced by Vel, combined with the Midas touch of chart-topping producer Greg Manning who added his brand of magic to the mixes. Kevin Chokan on guitars, keeping it in the pocket and soulful. Master percussionist Lenny Castro brings his signature sound to the project. 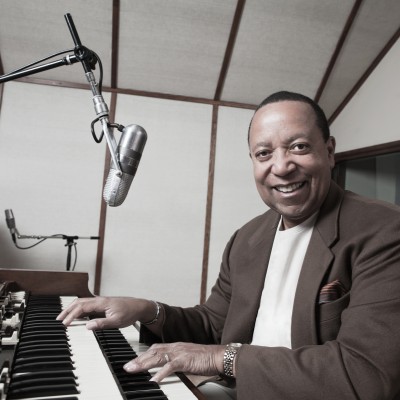