Tristam plays the B-3

Born and raised in San Francisco and the greater Bay Area, organist and pianist Tristram Duncan began his jazz career gigging at the age of fourteen after meeting his mentor, Delbert Bump. He continued his jazz studies by attending the Mason Gross School of the Arts at Rutgers State University where he had the honor of studying with Stanley Cowell and Jim Beard; ultimately completing his BA in Music with an emphasis in Jazz Performance from California State University, East Bay.
Tris toured the world with Louis Prima Jr. and The Witnesses. His jazz has taken him to play major venues throughout the world including Mexico, Peru, Germany, Italy, Lithuania, Wales, and England, as well as the majority of the United States. When not on tour, Tris stays busy with his music life in Los Angeles as a performer, accompanist, and educator. His career has led him to experience sharing the stage with such greats as Mary Wilson of The Supremes, Donald Bailey (Jimmy Smith), and numerous Broadway stars, including the great Carol Channing. Tris very much enjoys his work with Disney Entertainment as a live pianist, as well as performing with his co-lead Los Angeles based organ trio, Swell Gibson. 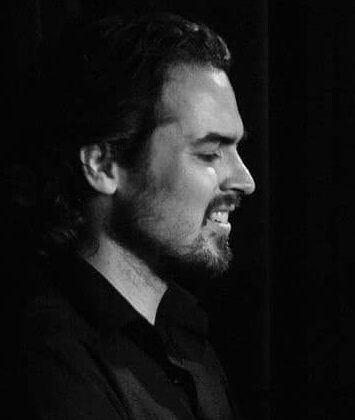