Chicago area native Tommy Leerschen began his musical career as a classically trained pianist at age four. By 11, Tommy was in his first band, while being exposed to Motown, Stax, the Blues and all the great Chicago-based bands on the radio and record player. Gospel too. That combination along with a great ear helped shape the groove and soul you feel when Tommy plays and sings today.

“I remember the first time I played a B3 with a Leslie. It was at Brunswick Records on S. Michigan Ave. in Chicago doing a gospel album. You know, “Record Row”. I was probably 16 years old at the time. That B3 sound, the sound of the Leslie. I was hooked.”

In 2015 Tommy will be celebrating his 25th year with the Blooze Brothers, a Chicago based Blues Brothers tribute show. The perfect home for him and his Hammond SK2 and SK1-73. “At one time or another, I’ve carried all the ‘real’ instruments. A B3 and 147 Leslie, a Fender Rhodes 88 Suitcase, a Wurly and a Clav. Look, the thing just works. It sounds like a proper B3. Its ‘REAL’, dont y’all think different. The Leslie SIM kills.. The first time I played one, I bought one. I don’t have to carry the originals, they are all in my SKs.”

A veteran with forty years playing experience and a talented vocalist, Tommy has worked with various singers and performers, combos, rock and blues bands, big bands and orchestras both live and in the studio on projects ranging from jingles to full length albums. The reputation as a solid musician has kept Tommy busy with long term projects throughout his career. You may not know him, but you have most likely heard him somewhere.   A writer/arranger as well, Tommy is working on his first EP to be released later in 2015.

About that nickname…It was given to Tommy by various members of the Hammond Family, ‘cos Tommy is a MONSTER player!! 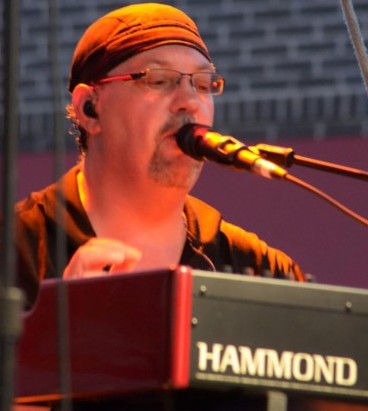