Tom Plays the XK-5
Tom Regis is a keyboardist, multi-instrumentalist and author, whose credits include Celia Cruz, Ofra Haza, Teddie Pendegrass, Eddie Gomez, Rafi, Tone Loc, Marianne Faithful, Cheb Mami, and others. Tom’s background is also as a media composer, and many of his compositions have been used in film and television. Raised on classical music and the music of the Beatles, Tom’s musical path has allowed him to dig deep into styles ranging from classical to jazz, Latin to Mid-Eastern, folk to blues and rock, and R&B to gospel. Tom’s journey has led him into the recording studio scenes of New York City, Los Angeles, and Tel Aviv, and gigs throughout the United States, Europe, the Mid-East and Latin America.
Tom’s first connection with the Hammond organ began when, as a young teen, he heard the warm swirling sounds of Gregg Allman’s Hammond on Live at Fillmore East, most notably on Stormy Monday and the spiritual drone at the close of Hot Lanta. Years down the road, Tom was fortunate to have a six year stint playing in an African-American church, an experience that he felt summed the music he had had been playing – the R&B, the Blues, funk, Jazz, Gospel, Neo-Soul, even the Latin music. Through this gig and others, Tom was reawakened to the powerful role the organ can play to inspire the spirit. During that time, Tom’s musical curiosity also led him to revisit the organ trio recordings of Jimmy McGriff, Jimmy Smith, Jack McDuff, Groove Holmes, and Joey D.
Fast forward to 2011 and moving to South Florida from Los Angeles, Tom returned to his early rock and blues roots, and developed a musical life that for the first time included a steady diet of vintage Hammonds. Tom is presently the house keyboardist (Hammond B3) for the Funky Biscuit All-Stars, and leads groups of his own, including an organ trio focusing on roots soul jazz, and originals. Tom is grateful to be on the path of exploring all that a Hammond can do – of course, incorporating the tradition, but also filtering through his own musical make-up to create a unique sound. 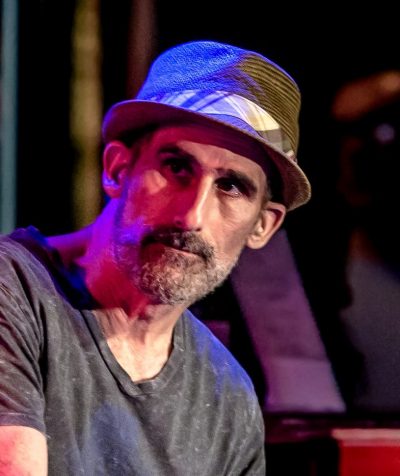