With his grandparents originating from Norway, Tollak Ollestad grew up in Seattle Wash. Over the years he used his diverse talents in many different musical situations ranging from television, film and CD appearances to live concert performances.

He has played live and or toured with such acts as, Don Henley, Michael McDonald, Kenny Loggins, Ambrosia, Jewel, Seal, Andrea Bocelli, Christopher Cross and Sheena Easton. And he has been featured on CD’s by artists such as Natalie Cole, Al Jarreau, Brian McKnight, Earth wind and fire, Bebe Winans, Dave Grusin, Gino Vanelli and Billy Idol.

Tollak is a triple threat as keyboardist, singer and harmonica player. His harmonica, aside from being featured by many recording artists, is widely known from the theme for the classic television show- “Northern exposure”.

He has recorded two CD’s of original music, “Walk the Earth” and “Across the Rubicon”.  What he calls “Soul-Pop-Ambient-Jazz”. 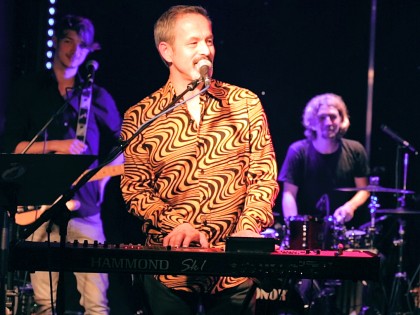