Toby Lee Marshall is a Minneapolis/St. Paul based organist. For the past 20+ years, Toby has been an in-demand Hammond player. At the age of 19, Toby was touring with Chicago Bluesman, Lonnie Brooks and his son Ronnie Baker Brooks. After returning to the Twin Cities, Toby continued to play and record with many local Twin Cities artists, including Joe Juliano, Mary Cutrufello, Big John Dickerson & Blue Chamber, and Paul Mayasich & The Benderheads to name a few. In 2010, Toby teamed up with Bernard Allison – son of legendary Blues guitarist, Luther Allison. As part of Allison’s dynamic rhythm section, Toby toured Europe extensively and was featured on Allison’s 2010 release, “Live at the Jazzhaus”. Toby took a hiatus from music in 2012 to refocus his energy on his growing, young family.
In 2017, Toby Lee Marshall made his return to music – collaborating with up and coming Twin Cities guitarist, Dylan Salfer and most recently joining forces with famed guitarist, Greg Koch and son, Dylan Koch to form the Koch Marshall Trio. The Trio’s first album release, “Toby Arrives,” is due out September 2017. Toby is thrilled to be a part of the legendary Hammond family and looks forward to teaching a new generation about the “King of All Instruments.” 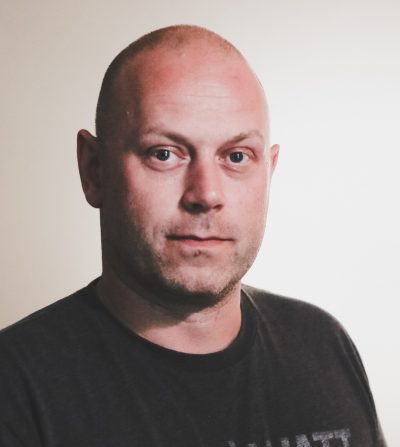