“The SK2 has now become my “single keyboard”. I used to have to take two boards to cover a gig. The new voices in the SK2 exceeded my expectations. The pianos can be bright enough to cut through a rock and roll band, while the electric pianos remain fat and punchy for R&B. The extra voices cover what I need and I can’t wait to go to the internet to explore even more. Of course, the Hammond screams! But I always had to drag along something else to do those extra parts. No more. Now I pull up a patch that has exactly what I need on both manuals, sometimes extras on top, sometimes on the bottom, sometimes just two glorious Hammond voices – without a bunch of connecting cables and routing voodoo. Now I have my full keyboard arsenal in a bag on my back, I can make that grand entrance like the guitar players! WooHoo! Thanks for turning me on to the new revolution in keyboards.

“P.S. It is the perfect hotel room keyboard.”

He has worked over 10 years as keyboardist / programmer for the legendary Irish rock band, U2. Before that he had the pleasure of touring for over two decades with the biggest names in the music business. 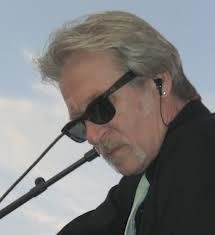