Steven Eaklor is one of the most versatile and accomplished Concert and Recording organists in the world. Equally at home in the classical organ repertoire, Theater Organ, Jazz, Hammond Pop and Gospel styles, his arrangements and orchestrations are renowned for their innovation, excitement and pure musicality. Steven’s musical training began at the age of 6, on the Hammond Chord Organ. Soon advancing to Pipe Organ and Trumpet, He pursued and completed formal study at Adams State College in Colorado, earning a B.A. in Music Performance. Steven’s passion and utter mastery of the Hammond Organ brought him to a career with the Hammond company, and for 15 years he served as Director of Product Planning and Development. His ideas and innovations continue to be found throughout the Hammond/Leslie product line. Steven’s devotion to Sacred Music performance and his vast knowledge of Gospel Music has led to positions as Organist and Choirmaster at Mt. Pisgah A.M.E. Church in Philadelphia, and Minister of Music at St. Mark Evangelical Lutheran Church in Chicago, as well as numerous National Gospel Music Seminars and Clinics for the Hammond Organ Company. Steven also tours with the R&B group “August”, and performs to popular and critical acclaim worldwide as a solo Hammond, Theatre Organ and Classical Artist. 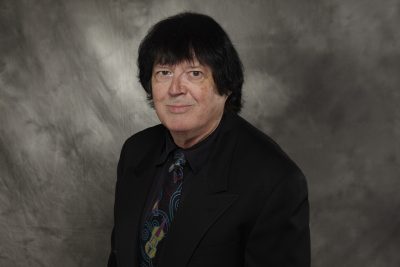