Welcome to a piece of my world. I grew up in a musical family. My dad played stand up bass in a big band, and could also play a little piano by ear. My mother is a skilled pianist and organist. Put those genes together and you’ve got a recipe for a unique blend of traditional musical sensibilities, mixed with intuitive gifts for hearing and comprehending all facets of the musical picture.

I fought traditional piano lessons, because I didn’t like to read music. When my teacher would play a piece before I learned it, I always had an easier time getting motivated to work on it, especially if it was pleasing to my ears. After quitting traditional lessons, I spent a few years pursuing the normal pre-teen stuff, baseball, basketball, video games, etc. It’s important to mention that as a kid I was definitely also a radio junkie.

When I hit junior high and this new thing called MTV hit the cable market, I realized that I could play some of the songs I was hearing just by sitting down at the piano and figuring it out. It hit me by surprise a little, so I launched back into lessons, first on the organ, then on the piano. Matt and Lois Gillespie from Bethlehem introduced me to reading chords, and led I me into a bit of jazz study, but not too far-just enough to increase my harmonic vocabulary. I got my first synthesizer, a Yamaha SK20 symphonic ensemble, complete with three sounds-Strings, Organ and Poly-Synth. I landed a gig with with some junior high buds. We were called Black Horizon. We had a strong collection of Who songs in our repertoire, but I was able to work in some Styx and Doobie Brothers.

In high school I studied under Dennis Smith, our choir director. I consider him to be my first mentor, and a huge influence in my life. He was an incredibly talented keyboardist in his own right, but was also current with all the latest gear and the music that was happening at the time. He kept me informed of all the artists and albums that he thought I would appreciate and was very influential in forging my musical tastes. I dove deep into the catalog of producers David Foster and Jay Graydon, but also had an ear for R&B acts like Anita Baker, Al Jarreau and Earth, Wind, and Fire. At the same time, I was also being influenced by progressive rock bands Rush, Kansas, Yes, and Genesis.

Black Horizon disbanded and another cover band was formed soon thereafter. We named it Drama, after the Yes album of the same name. We covered top forty songs as well as some progressive rock pieces, which were a little ambitious for a bunch of high schoolers. To add to the diversity, we added a four piece horn section, and the arranging duties fell upon yours truly, so I took a crash course in arranging & transposition. It was then that I composed and recorded my first 2 songs, “Second Chance” and “Together Forever.” No smash hits by any means, but for a 17 year old, I wasn’t too embarrassed by them.

1985-Off to college and a business degree, or so I thought. After a second semester at Penn State, I was encouraged to pursue music full time, but not there. Their music program was far too traditional for what I needed-so it was off to Berklee College of Music in Boston. I studied Music Production and Engineering, as well as taking voice and piano lessons. I sang with the Gospel Choir, and played in various shows put on by the college as well as student recitals.

Then it was time to graduate and see if this music thing could put food on the table. I moved to Nashville in 1989 and immediately started waiting tables, and working in a bank. In the meantime, I was making contacts and recording demos for people in my apartment on a 4-track, then 8-track tape machine. It was a great chance to hone my production skills in the real world, even if they were only song demos. I began working as a full-time producer/engineer for McSpadden Smith Music Publishing and worked with their stable of writers on their demos for several years. It was during this time, that my live playing career got back in gear. I began playing with the Christian band Allies, featuring Bob Carlisle and Randy Thomas, who would later author a little tune called “Butterfly Kisses.” That opened the door to audition for Steven Curtis Chapman in 1992, and I have played in his band on several tours with him.

In 2006, I began playing shows with Kenny Loggins and became his full time Music Director and keyboardist from 2007-2010. You can still find me performing occasionally with Kenny. While working with Kenny, I was introduced to David Foster’s music supervisor, and invited to his team of engravers for David’s records and live shows. If you’re attending one of David’s live shows, chances are they are playing one of my transcriptions. Kelly Clarkson’s Musical Director is another one of my repeat engraving clients.

In June of 2015, I was offered the position of keyboardist/vocalist in Carrie Underwood’s band, and hold that position currently. It has been a thrilling ride and a blessing to work with such great people!

In between tours, my career has also been peppered with performances with other artists, some recording work, and various jobs as Music Director. I have even dabbled in songwriting and have had cuts with Christian artists Bryan Duncan and Kim Boyce. Since 1997, I have also done some work as Music Director at a couple of churches in Nashville. I also do some traveling to teach and play for various worship conferences and seminars. My song “Living Water” was selected as the theme for Come Thirsty, a teaching series by Max Lucado.

In 2003, I found myself listening to a lot of Steely Dan, and I got a crazy idea to try and put together a tribute show to play for fun in Nashville. I was fortunate to find 11 others who would take the plunge with me and Royal Scam was born. We changed our name to Twelve Against Nature in Nov. 2005 due to trademark complications with another band. This adventure led to forming a company called ClassicTributeBands.com, which includes two other bands: Make Me Smile (a Chicago tribute), and Live From Ventura Boulevard (a tribute to West Coast music’75-85). To top it all off, I also perform with The Eaglemaniacs, a tribute to Don Henley and the Eagles. You can visit us all at www.classictributebands.com 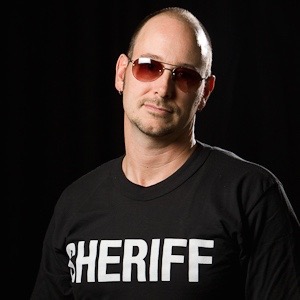