Scott May is a Musician/Producer best known as the Organist of Chicago’s Ides Of March since 1990. Also known as the leader of his “One-Armed Orchestra”-named after a role created during his tenure with Kevin Matthews on WLUP-FM Chicago. Audiences outside of the Windy City may remember Scott as the sidekick for Morton Downey Jr. on TV and Radio, or as the “House Band” for Caroline’s Comedy Hour on the A&E Network. Comedy aficionados remember him as the musical director for Judy Tenuta between 1983 and 1995, accompanying her on TV, on tour, and recordings; particularly her release “In Goddess We Trust”, produced, arranged, and co-written by Scott. which was nominated for a Grammy Award. Scott has also performed the same duties for top comedians Bill Hicks, Emo Phillips, Mike Toomey, Tim Cavanagh, Richard Jeni and Ron Shock.

From 1990 to 1996 Scott was the “House Band” for one of the most legendary and outrageous comedy clubs in America-Chicago’s Funny Firm, where he worked with practically every top comic in the business. Scott has scored a number of movies, most notably the original “Meet The Parents”, the remake of which is one of the most successful films of all time. Scott also works in the jingle trade as a writer and performer.

Since 2005 Scott has focused on independent record production, with a long list of happy clients.  Along with his music career, Scott is a published author and writer. His children’s books and recordings have won awards, and he is often retained as a “punch-up” consultant for books, scripts and industrial presentations. He has co-written books on topics that range from Financial Planning to improving focus in education. In recent years Scott has moved into video direction. Most of the Videos here at hammondorganco.com have been directed/written/produced by Scott.

In 2014 Scott released his first “Solo” album “Outside The Inside”, and “Isle Of View” in 2021. Scott can also be seen on the PBS-TV special “American Garage:Cornerstones Of Rock”.

Since 2008, Scott has held the position of Project Manager/Artist Liaison and International Clinician with Hammond-Suzuki USA, after a long period of being a trusted but unofficial advisor. Scott is married with 3 children and lives in the far Western Suburbs of Chicago.

Artist Inquiries:smay@hammondorganco.com
Please send EPK and short essay regarding your desire to become a Hammond Artist, and what you hope to gain by officially joining the Hammond Family 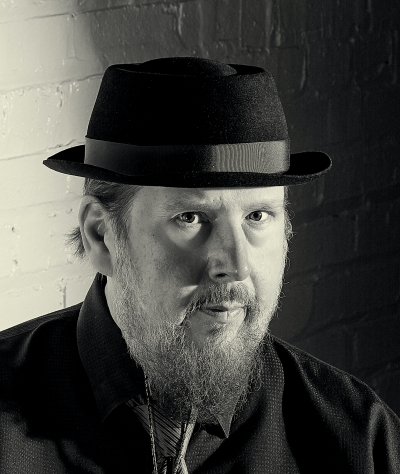