Ryo Okumoto was born in Osaka, Japan. He began playing classical piano at the age of three and was a professional, touring musician by fifteen.

He has recorded five solo albums ranging from progressive rock masterpieces to lilting solo piano, yet has barely begun to scratch the surface of his artistic range.

Best known for his wildly energetic and imaginative contributions to progressive rock through the band Spock’s Beard, Ryo is working with the band to release their 11th studio album, “Brief Nocturnes and Dreamless Sleep”.

Spock’s Beard is launching both a European and East/West Coast tour to support the release, with additional shows and progressive rock festival appearances around the globe and throughout the year.

Ryo Okumoto is based in Los Angeles and is actively involved with numerous studio and live projects both in the U.S. and in his native Japan. 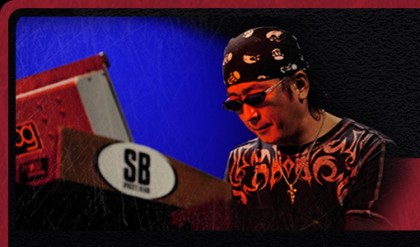