Richard plays the B-3

Richard Gibbs, Jr. is a world-renowned musician who began his musical career at age 7, playing the organ for a church in his birth city, Chicago, Illinois. Richard was destined to grace the world by following the footsteps of such well-known and musically talented parents, being the son of Richard Gibbs, Sr, a skilled vocalist of the award-winning Soul Stirrers and the gifted powerhouse vocalist Inez Andrews of the infamous Gospel Caravans.
Richard attended Chicago public schools and would later enroll at Chicago State University to pursue a degree in Music Education. In addition to the organ, he plays other instruments, including bass, lead guitar, drums, and piano.
After college, Richard earned many notable music accomplishments. Including becoming the piano accompanist to the Queen of Soul, Aretha Franklin, for over 20 years which allowed him to travel the world, performing in front of Kings, Queens, Popes, and three U.S. Presidents.
Locally, Richard has made his mark playing organ/keys for many famous choirs, such as Milton Brunson & The Thompson Community Choir; recording and producing records with countless Gospel artists/groups.
His proudest accomplishment however is being the father of 3 beautiful children, Jasmine, Lauren and Richard III; and granddad to Collin. Richard’s favorite scripture is James 1:4, which says, “Perseverance must finish its work, so that you may be mature, and complete. Not lacking anything.” (NIV) 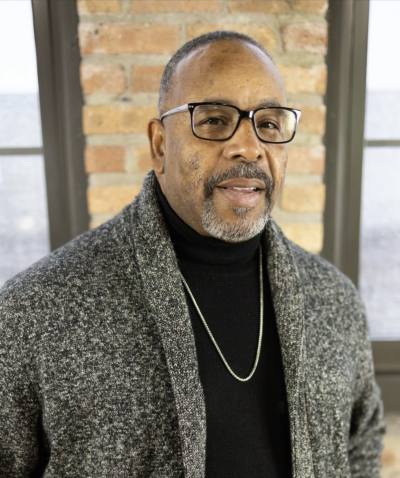