Rev. Tyson Plays the Mini B

Hammond B-3 organs are a difficult tool to master, but few have done it as gracefully as organist Moses Tyson Jr. As the son of a pastor in Vallejo, CA, he grew up with gospel music surrounding him.. Learning how to play by ear with only a minimal amount of formal training, he was also heavily influenced by his cousin, funk superstar Sly Stone. Stone helped him develop a distinct charisma with his playing, while other influences like Billy Preston and Rev. Timothy Wright became some of his earliest employers when he began playing with other musicians. Since then, Tyson performed and recorded with countless gospel, soul, funk, R&B, and inspirational artists with his nimble fingers and organic tones. Moses is also active in the business end of the industry, eventually putting together his own albums and setting up his own independent label, World Class Gospel. 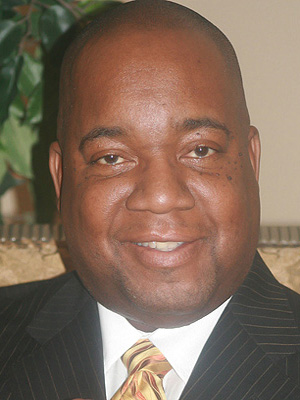