At nine years old, Ralph spontaneously began playing the piano at a church service in Memphis, Tennessee. His curiosity led him to the Hammond B3 and it instantly became his instrument of choice.
As a musician, Ralph played the Hammond organ/keyboards for Bobby Jones Gospel on Black Entertainment Television for twelve years and toured with Bebe and Cece Winans. With over 300 project appearances to his credit, Ralph’s career has taken him all over the world and has afforded him the opportunity to accompany numerous artists including the late Whitney Houston, Stevie Wonder, the late Luther Vandross, Aretha Franklin, and the late Walter Hawkins. He has graced the stage with both the Nashville and the Memphis Symphony Orchestras and has appeared on Late Night with David Letterman, the Arsenio Hall Show, Live with Regis and Kathy Lee, and the Pat Sajac Show. He currently is an organist for Grammy Award Winning Saxophonist Kirk Whalum and Grammy Nominated-Stellar Award Winning Contemporary Quartet, The Williams Brothers.
Ralph is the owner and founder of Raph’Ton Music Enterprizes (a BMI affiliate) which houses three publishing entities, a record label, a consulting firm, and a future school of the arts. As an Indi Inspirational Instrumentalist, Ralph has produced six of his own CD projects and an instructional DVD. He has also produced several gospel artists; from which he has garnered two Dove nominations and a Stellar Award nomination for his work with the Quiet Time Players. He has two gold records and many citations to his credit and one of his musical compositions has been featured as the theme music for the Stellar Awards.
The Hammond B3 and C3 are Ralph’s favorites. They have a quality of sound all their own and he fully believes that there are no other instruments that give that authentic Hammond sound. They are in a class all by themselves!! Their richness, clarity, and depth of sound are second to none. When he is hired for any sessions or live performances, it is a requirement that there be a Hammond B3 or C3 on the set. 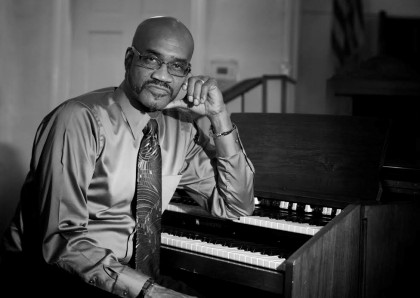