Quintron has been making genre-defying noise, soundscape, and house rocking dance music in New Orleans for over 20 years. The majority of his fifteen full-length albums, many created with artist / puppeteer Panacea Theriac (aka Miss Pussycat), have the psychedelic soul of New Orleans party jams as filtered through tough distorted organs and a junk heap of self-made electronic instruments.

In the year 1999, Quintron helped to foster a DIY analog synth revival with a patented instrument called the DRUM BUDDY, a light activated analog drum machine which creates murky, low-fidelity, rhythmic patterns triggered by the rotation of recycled #10 pizza sauce cans.
In addition to his own recordings, Quintron has played Hammond on a number of other records, most notably THE OBLIVIONS “9 Songs” and STEVE RILEY AND THE MAMOU PLAYBOYS’ “Grand Isle” which earned a Grammy nomination in 2012 and included the Quintron penned song “Chatterbox”.
Quintron continues to live and work in New Orleans Louisiana as well as touring, teaching, and lecturing – in this world and beyond. His most recent creation is called Weather Warlock, a synth which is completely controlled by the Weather. 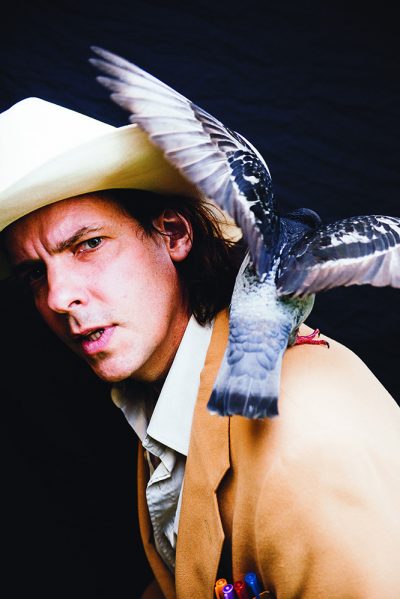