Born in Madison Wisconsin July 4th, 1963, Multi Award Winning, Producer Keyboardist Paul Brown was moved to Memphis Tennessee at the age of five where he lived until the death of his mother in ’75. Soon after, this broken twelve year old kid who still wet the bed found himself living in a school for the homeless searching for a way to cope with his losses when he stumbled across an old upright piano that forever changed his life. By thirteen a new positive energy called music was coursing through his veins, sponging styles ranging from Led Zeppelin and Pink Floyd to Parliament Funkedelic and Rap pioneers Sugar Hill. “I loved anything with music attached to it says Paul, Man I was so happy to find something like music to connect with. I remember going A.W.O.L. to see a KISS concert that turned out to be a Parliament Funkadelic concert instead! Man that was one of the most enlightening experiences of my musical life, that and being without a doubt, being mentored by one of my dearest friends and country Icon Louise Mandrell.

“In ’79, the homeless school I was living in started really putting the clamps on my musical privileges. So one night I scaled down the 2nd story of my dorm and left Nashville to head back to Memphis armed with nothing more than the trumpet Louise gave me, and an arsenal of determination. It’s pretty crazy to think of everything I went through over the next five years just to survive.

But by the mid-Eighties Brown managed to land his first publishing deal writing and arranging for various artists including X Factor Finalist Dexter Haygood. “That would also be my first real introduction to a life of making records says Paul, and from day one man I was hooked solid!”

In ‘91 Paul met Hi records artist Ann Peebles and Don Bryant (Known for their 1973 hit “I Can’t Stand the Rain”). Hired as a sub to fill in for Hi Records’ organist, Charles Hodges, Paul eventually became Ann’s musical director and ultimately her producer. “During the twenty-one years I have been with Ann, I am beyond grateful and humbled to say that through her, Music and Tours have carried me to so many parts of the world.”

In ‘94 Brown took a year off with Ann to record and tour with East West/Electra recording artist The MotherStation, to support their debut release Brand New Bag which sported the hit single Put the Blame On Me.

“Man that was one beautiful feeling you know, to get signed to your first Major label with a killer band, an MTV video and a hit single. It was a great ride while it lasted.”

In ’95 Ann Peebles invited Brown back in to co-write and co-produce Ann’s critically acclaimed release, Fill This World with Love which featured a stellar line-up of guests that included Mavis Staples and The Memphis Horns.

In ‘98 joined renowned rock group Survivor’s Vocalist Jimi Jamison for two years of highly successful Tours followed up by producing two more albums including a newly re-mastered Gospel epic on Peebles’ husband Don Bryant titled; It’s All in the Word which is set for release in the spring of 2013.

Around that same time Brown was also invited to play Keys on various major tribute records for Icons Don Covay and Eric Clapton while he produced Bobby Rush’s album Undercover Lover which Living Blues labeled; “One of the most important Blues albums of the year” and performing on a host of major television shows, specials and live DVDs that spans from David Letterman and VH-1 to Bobby Rush’s award winning DVD Live at Ground Zero and the Grammy winning soundtrack for Martin Scorcese’s film The Blues.

Between Making the best records of his career and touring over 280 tour dates a year, Paul Brown continues to instill over Thirty years of styles and influences into his soulful recordings and electrifying live performances. 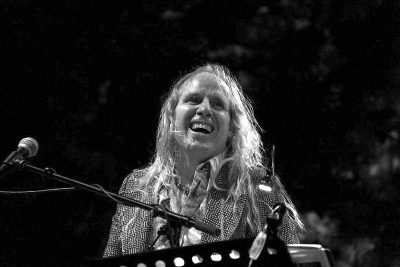