At an early age, Mose started experimenting with the Hammond organ. Inspired by Jimmy Smith, Jack McDuff, Don Patterson and other organists of the late fifties and sixties, he formed an organ group named The Counts. The group consisted of Organ, guitar, two Saxes and percussion. Usually a group set up this way usually played Jazz and blues.
The Counts, however recorded R&B and rock and became known as the band that did not use a bass player. The bass was played by Mose with his left hand and the pedals from the Hammond Organ.
The Counts were signed by Cotillion Records. Mose wrote the first release which was called, “JAN JAN”, which stayed on the R&B charts for an extended time.
It was later covered by Blue Note guitarist Grant Green and was a hit on the Jazz charts. The Counts followed Jan Jan with a string of hits which were sampled by such artists as Snoop Dog, Dr. Dre, Queen Latifah and many more. Mose Davis also played the Hammond on all of Hamilton Bohannon’s recordings many charting very high on Billboard’s Charts.
Mose moved to Atlanta Georgia in 1975. Around 1980, the Counts Disbanded. Mose toured with Hamilton Bohannon, Candi Staton , Parlament Funkadellic, The Isley Brothers and many more. He Formed his own group Called The Mose Davis Trio which has opened for Frankie Beverly. Funkedelic, performed with the Atlanta Symphony Orchestra and Bernardine Mitchell. His latest CD’S are entitled Sunshine, and, Let The Music Take You. 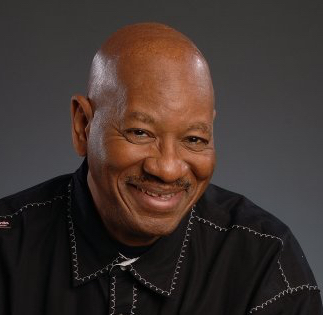