As a native of New Orleans, Michael Burkart developed the foundation of his unique organ style listening to the reggae and street brass bands in the city.  He really cemented his reputation as a strong and talented organist by hitting the stages on Bourbon and Frenchman Streets and playing with the same bands and musicians that impressed him as a youngster.  He is considered one of the up and coming breed of organists that represent the new guard of the Hammond B3, its heritage and digital progeny.  The Mikey B3 Project… His shows always features the Hammond organ, however, the Hammond XK1C is the perfect replacement keyboard for smaller venues and concerts because it is a perfect balance of sound and size.  Over the past 15 years, this veteran musician has shared the stage with: 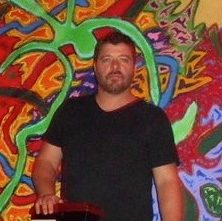