Mike started taking organ lessons in 1969 from his Church Organist, and started playing organ in Church the next year. The Pastor said he blew the dust out of the Leslie, playing louder than the teacher and fell for the Leslie).
He joined his first band in 1974 right after High School, and quickly bought a 1956 Hammond M3, Leslie 147 and a set of dollies to carry it to gigs. Good friend and mentor Bill Tanguay (former Hammond Senior Electrical Engineer) showed Mike the ropes of maintenance, troubleshooting, and modding Hammonds and Leslies, soon finding himself in love with all things Hammond and Leslie. Over the years bought the M3, Hammond X2, Hammond XM-1 with Drawbar Module, and a Hammond XK3. The 147 was chopped, modified, and thanks to Bill, rocked next to 100W Marshalls, 100 W Hiwatts, and 100W Boogies…and never need to be miked. Mike still owns and plays 4 Hammond Organs and 4 Leslies (Highly modded 147, Leslie 860, Leslie 300 , and a personal creation (with Bill’s help) Don’s Mini Monster Leslie.
Mike has played with some of the best Chicagoland musicians and singers and a Hammond/ Leslie was always onstage. 40+ years later he’s still playing the Chicagoland Festivals and bars, and still manages to wake up Sunday morning to play in Church. Mike sends a BIG thanks to Laurens and Don for making the instruments that made him the organist he is today. 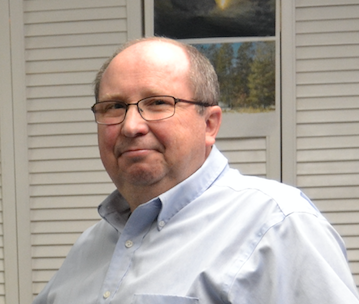