Originally known as a Singer Mike DiMeo, first came onto the scene in 1992 with legendary New York hard rock outfit Riot. He went on to record six studio albums with the band and one live album recorded live in Tokyo before departing to tour with retro rockers The Lizards… During his time working with The Lizards Dimeo found himself increasingly more in demand as a session and touring keyboard / Hammond organ player for several artists. He has done several tours with Bonnie Tyler (Total eclipse of the heart) Tommy James and the Shondells (Mony Mony, Crimson and Clover) Vinnie Moore (UFO) . Dimeo had the honor of being the keyboard player on the legendary Guitar player Johnny Winters last two releases, Roots, and Step Back. The records feature guest performances from some of the worlds greatest guitar players and musicians.. Vince Gill, Derek Trucks , Eric Clapton, Billy Gibbons (ZZ Top), Joe Perry (Aerosmith), Joe Bonamassa, Leslie West (Mountain) and many others….Step Back went on to win “Best Blues Album” at the 57th annual Grammy Awards year 2014. “I bought my first B3 after my first tour of Japan with Riot” … Although Riot wasn’t a band that was known for having Hammond organ in their records… He did get to use it on several of their recordings through the years……. “Ive always been a fan of the hammond organ and the great players like Joey Defrancesco , Jimmy Smith and Don Patterson and even guys like Sly Stone who really brought the instrument more attention in the mainstream music world with some huge hits that feature the instrument” Its an honor and a privilege to be part of the Hammond family!! 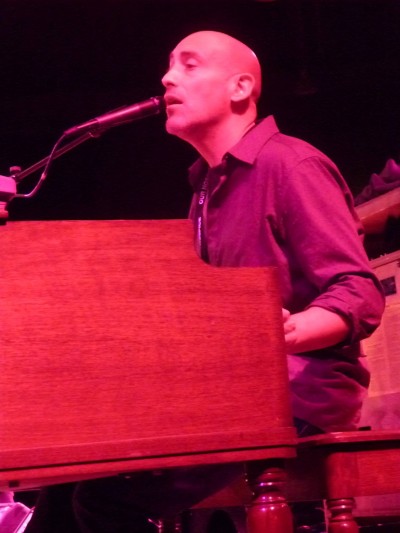