Maxwell Friedman was just 9 years old when he discovered a dusty Hammond M3 in the corner of his piano teacher’s garage. The sensation of moving the drawbars and hearing the Leslie spinning next to him was a magical moment that changed the course of Maxwell’s musical trajectory. At age 11, he met famed organist Tony Monaco and began an educational journey with Tony as his organ mentor. Since then, Maxwell has become a rising star in the live music scene. The Hammond phenom has since shared the stage with musical heavy hitters such as Karl Denson (legendary saxophone player of the Rolling Stones and Karl Denson’s Tiny Universe), Michael Franti, Tony Monaco, The Werks, ALO, & Tank and the Bangas to name a few. At 12, Maxwell gave a Ted talk about how music has empowered him in all aspects of his life. When he is not performing, Maxwell is making beats in his home studio, skiing Mt. Bachelor, and enjoying the outdoors in his hometown of Bend, Oregon.

He is currently working on his demo EP, recorded at the legendary Hyde Street Studios in San Francisco. Maxwell’s command of the stage is well beyond his years, and he hopes to be an inspiration for the next generation of music lovers. As a young band leader for the Maxwell Friedman Group, he is creating a funky, soulful, jazzy sound that he dubs “neo-jazz funk soul fusion.” 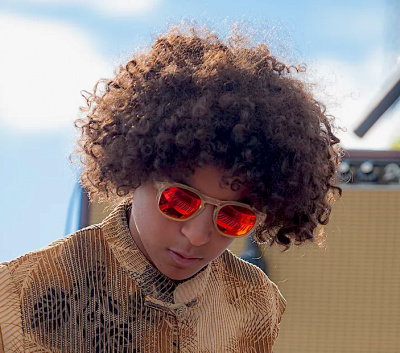