From 2003, year of release of his first album Less is More, Mauri Sanchis (born in Alcoy, Spain, 1974) has been positioned as one of the most well known musicians worldwide in the groove scenario within blues, funk, jazz or soul through various achievements and awards.

Announced as first ever Spain’s Hammond Artist and Moog endorsee as well as first Spaniard musician to be signed by prestiged german label BHM.
Winner of the AJH awards for best live act, best album and best single as well as winner of the Kultur Cam award for his support to the cultural scenario in the province of Alicante.

Some of his tracks have been included in compilation albums together with great stars like John Scofield, Mike Stern, Scott Henderson, Joe Zawinul, etc…

With a self-taught career, his first contact with the Blues comes in 1994 through a cover band called Progressions, leaving behind an adolescence of composing influenced by Vangelis, Jarre o Mike Oldfield.

In 1995 travels to the US for college studies which shares with live playing together with Jay Wood o Gary Hamilton.

Back in Spain, collaborates with diverse musicians and formations including the phenomenal british guitarist Graham Foster.

In 2003, decides to start his solo career with the album LESS IS MORE getting a great welcome by media and public that leds the band to travel around Spain.

The release of Less is More has a noticeable repercusion in the international Hammond scenario leading Mauri to become Spain’s first ever Hammond endorser in 2005.

Such repercusion reaches a peak point when one of Mauri’s tune is included in the Funky Planet Earth compilation together with tracks of Scott Henderson, Joe Zawinul, John Scofield, etc…

The Good Vibes!!! tour takes Mauri Sanchis Band to participate in all kinds of events through Spain like Jazz San Javier, getting the best of the reviews and is invited to play in a Jam Session by Popa Chubby, the king of blues of New York.

In 2008, the release of the DVD MORE VIBES!!!, Live at Jazz San Javier has nice tour including Pori Jazz Festival (Finland).

Furthermore, also in 2008, Mauri is signed as first Moog endorser ever and wins the AJH award for best live act and Kultur CAM award for the cultural support to the province of Alicante.

In 2010 is reviewed as FUNKMASTER by Keyboard USA.
In 2011 releases WHAT DID YOU EXPECT?, his first trio album and begins his new Project INTIMO.
In 2012 Mauri launches online LIVE AT HOME, in concert.

In 2017 after 5 years of sick leave from music scenario, Mauri comes back with MAURI SANCHIS DUO, a powerful project on Hammond organ accompanied only by drummer maestro Felip Santandreu.

IN 2018 Mauri becomes exclusive distributor of HAMMOND in Spain through the online shop www.hammondspain.com 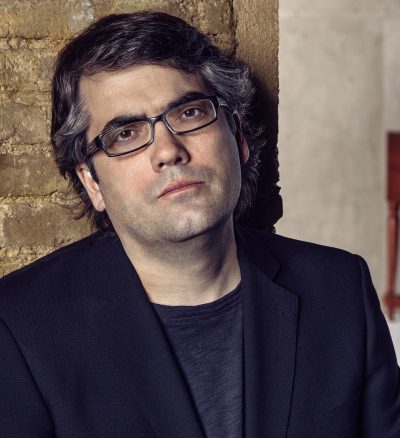