Marc Plays:Sk1/Sk2
Marc began his music career back in elementary school at age 7 where he had the job as the accompanist for the school choir. At age 10 he performed on a New England televised talent show playing Scott Joplin’s, Maple Leaf Rag.
Upon graduating from High School Marc attended the Berklee School of Music and studied music synthesis while performing original compositions with his band Universe around Boston clubs. Marc moved to Los Angeles to pursue a warmer climate and be part of the LA music scene. After just a short time in LA, he joined the rock band Baton Rouge as a session keyboardist where he played industry showcases and live performances which resulted in a recording contract with Atlantic Records. Marc has toured the US, Europe and Japan with various bands including metal bands Iced Earth and Blind Guardian. He performed on Blind Guardians’ live album, Tokyo Tales.
Marc lives in Encinitas, California with his wife and twin sons. In 2010 Marc co-founded with his wife Tina, an education technology company which sells e-learning software all over the world. Marc composes all original music for the company’s software which has won multiple awards for one of their programs, The Social Express. Marc is currently working on a solo record and also plays in a tribute to the Allman Brothers in San Diego, CA. 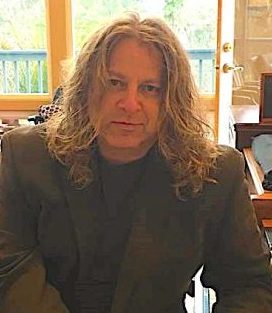