If roses grow in heaven, please pick a bunch for me; Place them in my sweetheart’s arms, and tell him they’re from me; Tell him that I miss him, and think of him everyday; There’s a pain in my heart that will never go away. Adams “rides again” with the angels. Sunrise: February 25, 1952; Sunset: August 20, 2017. Marc Nelson Adams was a soulful rhythm-and-blues musician and an accomplished singer-songwriter. He was loved by everyone for his sense of humor and his sweet nature. His world revolved around his music. His prowess on the keyboard and B3 organ landed him in the center of the city’s blues’ scene, having performed locally, and toured nationally & internationally with the likes of the Dixie Cups, Marva Wright, Tab Benoit, Bryan Lee, Irma Thomas, Brother Tyronne, Colin Lake, Eric Lindell, Ian Cunningham, Andy Forrest and countless other renowned artists of varied genres, which was a testament to his versatility and musical genius. For the past 10 years, he was the house piano man at Irene’s Cuisine Restaurant. He was a frequent site on the New Orleans Jazz Fest & French Quarter Fest stages. His body of work includes three CDs that he produced, as well as scores of other projects on which he collaborated. He was the loving husband of Clare Adams, stepfather of Troy Holley (Laurie) and Todd Holley (Janeen). “Poppa” to his granddaughters Daphne, Erin and Lucy Holley; loving son of Janice Hyatt Adams, brother of Laurie Klein (David), Troy Adams (Roxanna) & Cindy Adams; 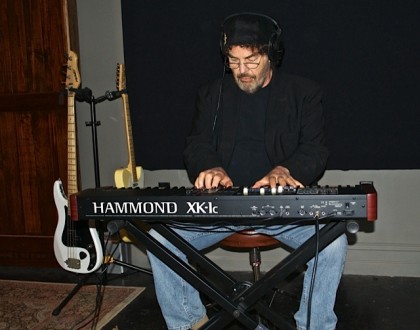