Lou is an American Grammy-nominated keyboardist, songwriter, and vocalist. He has worked with notable musicians such as Stevie Wonder and Santana, and, as of August 2009, has replaced Bill Champlin in Chicago. He has also written songs for artists such as Smokey Robinson and The Temptations. Call On Me [Live 2011] shows off Lou’s powerful style -a perfect match for the band. 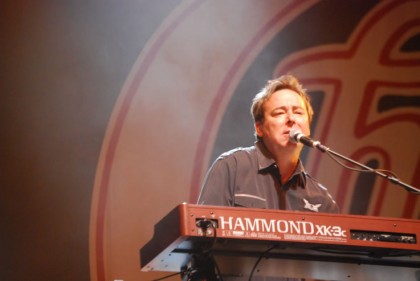