with:Lukas Nelson & Promise Of The Real

Logan Metz is a Midwest-based singer songwriter, multi-instrumentalist, and educator. His songwriting spans genres, from jazz and soul to folk, but it’s all marked by characteristically clever chord changes, a poignant twinkle of self-awareness, and sublime lyrical wit. His vocals have been described as participating in the same whiskey-soaked, smoke-damaged tradition of Tom Waits, and his stage persona lies somewhere between Columbo and a Baptist preacher.
For five years Metz worked as a Music and English teacher in L.A., all the while touring and recording with multiple bands. He has performed everywhere from backwoods biker rallies to Walt Disney Concert Hall with the likes of Willie Nelson, Neil Young, Kris Kristofferson, Dave Mathews, and Bob Weir. In 2015 he earned a masters degree from the University of Chicago (his thesis, a full-length 60’s-rock opera adaptation of Shakespeare’s Othello) and soon thereafter released his debut solo album “The Last Remaining Payphone in L.A.” in October 2016.
In 2018 Metz abandoned his academic career once and for all, declining a U.S. Fulbright Fellowship in favor of joining Lukas Nelson and Promise of the Real. He now tours full time with POTR on keyboards, guitar, lap steel and harmonica. 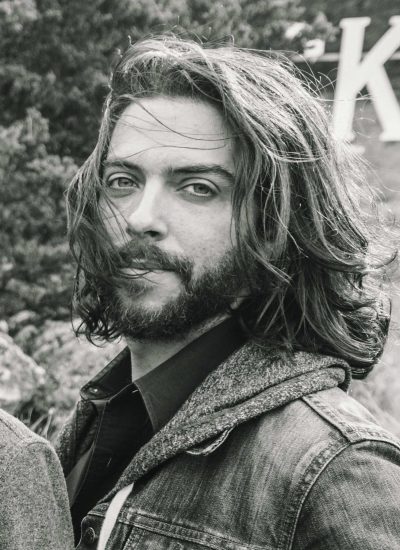