When Dr. Lonnie Smith was shown a clip of Leonieke playing piano he said, “you’ve been here before!” When told of her interest in organ, he sent her a Hammond organ as a gift. She was just 10 years old. By age 11, she would win an award from the International Women in Jazz, do an hour long feature over radio station WBGO, and be recorded by Rudy Van Gelder along with drummer, Jimmy Cobb.

The story of Leonieke is an interesting one.

Leonieke Scheuble started to play piano after being inspired by “Ray,” a movie based on the life of Ray Charles. Without any prior musical training, she began to spend great lengths of time at the piano creating pieces that were rhythmically interesting and compositionally balanced. She was 5 or 6.

At age 7, Leonieke recorded a handful of pieces including two of her own compositions. This was brought to the attention of Steve Ash, a highly respected Jazz pianist, who then agreed to take her on as a student. Steve brought her to Barry Harris who told her parents “let her be free.”

Along with vocalist, Antoinette Montague and Bob Belden (former A&R for Blue Note records), three of the world’s most respected jazz organists have also played pivotal roles in Leonieke’s development. The first is Joey DeFrancesco who introduced her to his Hammond B-3 at Dizzys Club Coca-Cola (Jazz at Lincoln Center) in February of 2011. The second is Dr. Lonnie Smith, who was a mentor until his recent passing. The third is Mike LeDonne whom she began private studies with since entering University.

As she continued to develop musically, Leonieke continued to record, give lectures and receive awards. A second International Women in Jazz award followed, as well as a New Jersey Governor’s award, and the honor of becoming a TEDx speaker/performer. However, her most treasured award is the Hot House Magazines fan’s decision award for “Best Up and Coming Young Artist.”

She continues to be featured numerous times in publications such as Hot House Magazine and allaboutjazz, where a series of profiles chronicalled her second CD “Live in the Studio” from rehearsals through the recording process. Leonieke also leads a jazz trio with legendary bassist, Bill Crow called “The Generations of Jazz Trio” as well as her Soul Jazz Quintet (recently featured at Jazz Forum’s Summer Festival” and is a member of a seven piece Afro Cuban ensemble. She is often featured by the New Jersey Jazz Society and maintains an extensive performance schedule 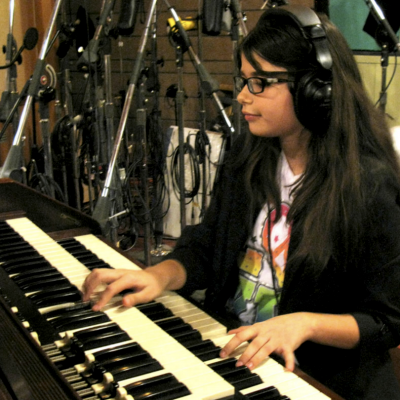