Though the Los Angeles based Kyle Flynn is a professional pianist/organist and touring member of the band Father John Misty, his relationship with keyboard instruments has had it’s ups and downs. His mother might tell you that as a child, Kyle had to be dragged kicking and screaming to his classical piano lessons. Kyle is not proud of this. In his defense, his favorite band at that particular time, Metallica, didn’t feature a lot of piano.  Eventually he made a deal with his parents: if he continued with piano through the 9th grade, they would help him buy an electric guitar (preferably one with cool-looking, pointy ends). So, Kyle stuck it out — and he actually took it seriously. Because if there was one thing he hated more than being forced into piano lessons, it was public embarrassment. And since group recitals were part of the lessons deal, Kyle had to practice… a lot. Finally, Kyle hit high school and dropped the piano like a bad habit. Soon, he was having a really nice time playing guitar in bands of various genres all over Seattle (where he grew up). But, he began to notice something: there were a lot of really, really good guitar players out there. Like, an excessive amount. You couldn’t throw a rock without hitting someone shredding. (Kyle would like to point out that he’s no slouch on the guitar either). He also began to notice something else: people kept asking him if he could play piano. So, Kyle, having taken intro to econ. in college and thus understanding (sort of) the properties of supply and demand, began playing a little less guitar and a little more piano. Then, even less guitar and even more piano.

Until, one day, much to Kyle’s surprise, he was touring the world with a diverse assortment of bands on big labels like Columbia Records and Universal… and he was playing keys. To top it all off, while Kyle was opportunistically filling the Seattle rock scene’s piano player void, he had slowly but surely fallen in love with anything that used black and white keys to make noise. The only person more shocked by this flip flop than Kyle was his mother (who still shoots Kyle “I told you so” looks every once and a while). If his parents were so on point re: the piano, what else could they have been right about?

So, to summarize: in one of life’s many ironic twists, Kyle has kept a roof over his head for the last decade by playing (and loving) the very instrument he vehemently shunned as a child. He still likes Metallica though.

Kyle is a big B3 fan and has found the Sk1 an incredible boon to his touring setup as it is extremely portable and sounds like a million bucks. 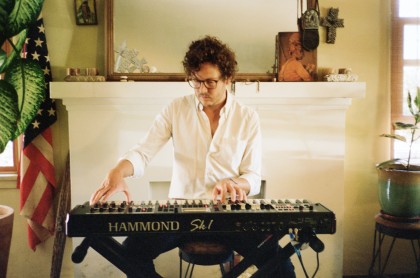