with Jackwagon, Sound Dawgs, Chase Clanton and the Vintage Vibes and Won By One

Hammond Organ Co. has been a huge part of my life since age 7. Every time my Dad and Mom went to Nashville, Tn., a 2 hour trip to Roy Warden Piano and Organ Company was on the agenda. I would play and other customers seemed to enjoy. Kevin’s dad played clarinet, his mom an alto in the church choir, and he would sit and listen to his Aunt Bonnie who played piano by ear. Neither of my parents are alive today but they are my inspiration, my support and my greatest fans. I miss them terribly!!!!

Kevin Syler (b. 1955) currently plays with a very talented group of local musicians in a band called Jackwagon and with Won By One, a praise worship band at the Winchester Cumberland Presbyterian Church. Through the years he has played with numerous bands, played in the orchestral pit, played tenor sax in the high school band, done a little studio work, played on the road and backed several famous artists. The latest being the great Jimmy Hall of Wet Willie.
He started taking piano lessons in 1962 at age 7. By the time he reached 10 a Hammond CV and PR40 were in the house and organ lessons commenced. At 13 Kevin was the church organist at the Cowan First Baptist Church. A year later he started his first band, playing a Hammond L112 with a 145 Leslie and a Fender Rhodes piano which was traded a year later for a 1971 Porta-B.

Music is my therapy since I am fighting Multiple Myeloma. The Rev. Jimmie Smith along with my Hammond Family and the music are my inspirations to fight on. 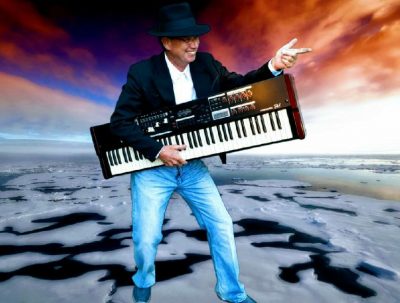