“When I first played the Hammond SK1-73, I expected it to have a good, realistic B3 sound, it is a Hammond after all! What I didn’t expect was that, not only it’s B3 sound was so realistic that with my eyes closed I couldn’t tell the difference, but that the other sounds it has would be equally as impressive. It has incredibly realistic models of all of the keyboards that are the foundation of my sound….AND they are not generic…you can tweak them all in just the same way you could tweak the originals! If I had set out to invent a keyboard that did everything I wanted, I would have invented the Hammond SK1-73.”

Kevin McKendree was born with an inherent, obsessive love of music. He began to play the piano at the age of three. Teaching himself by ear, listening to records by Little Richard, Jerry Lee Lewis, Ray Charles and other early Rock & Roll/R&B pioneers. When he was ten, inspired by B.B. King, he began to play the guitar. Throughout his teens his obsession led him to many different styles of music, which he brought to the many bands he played with.

Kevin’s professional career began in 1987, when the seventeen year old’s talent was recognized by Peter Bonta, a long time Washington D.C. area music scene fixture and owner of Wally Cleavers Recording. Peter introduced him to many of the area’s top blues artists (including Big Joe Maher, Tom Principato, Bob Margolin & Mark Wenner). Very quickly, he became one of the most in demand musicians in the area.

In 1997, Kevin joined Delbert McClinton as his band leader,  playing on the Grammy winning albums, “Nothing Personal” and “Cost Of Living,” and the Grammy nominated album, “Room To Breathe.” Delbert’s easy touring schedule enabled him to have the best of both worlds in Nashville; recording sessions during the week and playing “live” on the weekends.

At the beginning of 2011, Kevin stopped playing full time with Delbert in order to have a more flexible schedule and capitalize on the many other opportunities that were surrounding him. These included recordings and world tours with both Brian Setzer and John Oates, as well as producing album projects in his studio, The Rock House.

Kevin, recently, has been focused on songwriting and producing in his own studio, The Rock House. The studio, which resembles a warm wood filled chapel, has natural light and a creative vibe. In Kevin’s words, “I wanted a place that lends itself to spontaneity, a place to make good music with my friends outside of the Nashville norm.” 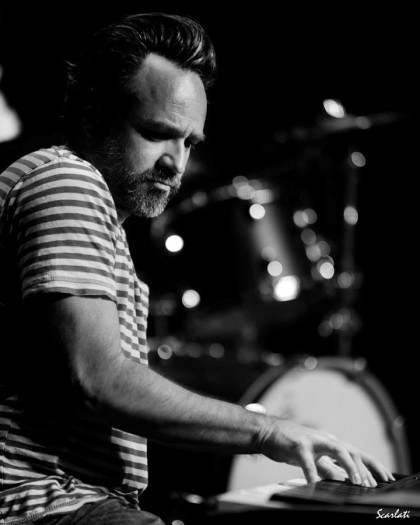