Kevin and The Blues Groovers

Kevin plays the H44 Melodion and B-3

At 23-years old, fast-rising star Kevin Gullage leads his band of veteran players, The Blues Groovers, with the poise of a seasoned performer. His impressive blend of soulful singing and dazzling blues piano infused with the experience of his bandmates is leaving audiences in awe. The Blues Groovers consist of bassist Tony Gullage (Henry Butler, Dr. John), Hammond B3 Player Brandon Adams (Kenny Neal), Guitarist Carlton Ross (Glenn David Andrews), Saxophonist Roderick Jackson (Kenny Neal), and Drummer Mac Carter (Jon Cleary).
Born into a musical family in New Orleans, LA, Kevin Gullage showed prodigious signs of musical talent and followed in his father’s footsteps, embracing his passion for music as an instrumentalist, singer, and writer. Growing up interacting with artists such as Henry Butler, Gary Brown, Carol Fran and others in the New Orleans music scene influenced the development of Kevin’s musicianship and style from a young age. Kevin began his career as a multi-instrumentalist, but eventually turned his musical focus to piano. His passion for piano would lead him to study music at the prestigious New Orleans Center for Creative Arts, The Louis Armstrong Jazz Camp (whose alumni include Jon Batiste, Troy “Trombone Shorty” Andrews, and “Big Sam” Williams) and later Loyola University New Orleans.
At age 18, Kevin was selected as the pianist for the 2017 Thelonious Monk All-Star Sextet performing alongside jazz legend, Bobby Watson. The same year, he was invited to perform with the multi-Grammy winning band Blues Traveler at the New Orleans Jazz and Heritage Festival. Kevin has appeared in several movies including The Last Laugh starring Chevy Chase and Burning Cane starring Wendell Pierce. His voice was also featured in the 2019 release of Disney’s Lady & The Tramp.
In 2019, Kevin & the Blues Groovers became a resident artist at B.B. King’s Blues Club, New Orleans. With a resounding demand from their growing fan-base, Kevin recorded his first EP entitled Blues for the City.
Kevin Gullage signed with the Grammy-winning record label Basin Street Records in early 2022. The New Orleans-based powerhouse label is slated to release Kevin & The Blues Groovers first full-length LP, Something Old, Something New, Something Borrowed Blues, in the Spring of 2022.
Kevin Gullage appeared in the 2022 season of ABC’s American Idol where he was one of the select few invited to Hollywood. Lionel Richie’s review of his performance included, “You got so much flavor!” While the Covid-19 pandemic has halted Kevin & The Blues Groovers tenure at B.B. King’s Blues Club, Kevin Gullage has forged ahead with his performing career, and will spend much of 2022 as a featured performer for Disney Cruise Lines.
With an all-star band behind him and bountiful talent of his own, Kevin Gullage is set to soar, as Kevin & The Blues Groovers look ahead to the many opportunities in the future 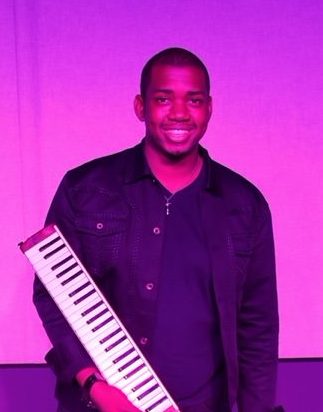