Kenny Heard was born in Compton, CA, where he fell in love with music, while playing drums in church.  He moved to Alabama at age 11, where Southern musical influence developed in him a unique sound.  By age 18, Heard was playing multiple instruments and various genres of music, becoming one of the  Southeast’s most sought after musicians, sharing the stage with such acts as B.B. King, Joan Jett, The Commodores, Michael Warren, and many more of the world’s great artists.  At age 24, he embarked on a solo career, adding ‘Lead Vocalist’ to his extensive resume.  He began writing, composing, and producing several albums, including, “Introduction to the World” and Southern Fried Funk’s “Find the Love.”  In the Spring & Summer of 2014, Heard toured with Grammy-Award Winning Larry Mitchell & Southern Fried Funk.  With over 24 years of musicianship to his credit, Heard has developed a musical style ranging from Gospel and R&B to Rock and Country. 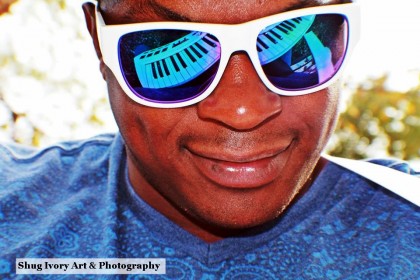