Ken plays the Sk1
For the past 30 years Kenn Goodman has been an integral part of Chicago’s indie music scene. Known for his bands The Service and The New Duncan Imperials, he formed his independent label Pravda Records in1984 and has played with everyone from Tiny Tim to Eddie Vedder.

Kenn played his first Hammond at 15. He was in the recording studio with his high school band Starfire when he got hooked on the warmth and richness of the Hammond sound. By 17 he’d outgrown Starfire and began touring with an Elvis impersonator band, The Keith Miller Band and TCB. He toured with them throughout the midwest until forming a new wave band BB and The Guns his first year at Northern Illinois University.

It wasn’t until recording The Service’s first full length album “America’s Newest Hitmakers” in 1986 that he got his hands on another Hammond. He took full advantage of it. In particular, the opening track “Time Was” and “The Trouble Begins” spotlight Kenn’s love for that sound. They recorded their followup album “George’s Duty-Free Goulash” with Butch Vig at Smart Studios in Madison, WI.

In 1990 members of The Service formed The New Duncan Imperials where Kenn became bassist and keyboardist. New Duncan Imperials recorded 8 albums and toured extensively thru Europe, Canada and the U.S., and contributed music to beer commercials, television shows, and movie soundtracks.

Kenn currently plays with The Imperial Sound, Expo ’76, The Renaldo Domino Experience, and The Goldstars. He’s the musical director for Renaldo Domino and Motown artist Andre Williams. Kenn also plays the B-3 with soul legend Archie Bell and on countless studio recordings. His catalog of music appears in film, television, and commercials. 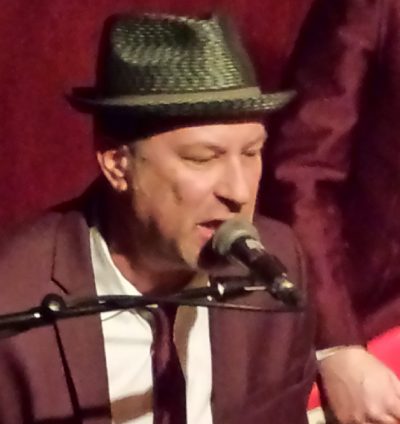