Born and raised on the west side of Chicago and attending both Vandercook College of Music and The Velvet Lounge; his studies at both institutions gave him the honorable privilege to work with innovators locally and globally performing/recording with and/or receiving tutelage from the likes of: Branford Marsalis, Robert Irving III, Ornette Coleman, the late jazz master Von Freeman and Roscoe Mitchell to name a few. Howard Reich (Chicago Tribune arts critic) writes: “A new generation of jazz improvisers has emerged in Chicago in recent years, but few are more promising than organist/pianist Justin Dillard. Musically, Dillard tends to be all over the keyboard, drawing upon the examples of virtuosos such as Dr. Lonnie Smith, Eddie Harris and McCoy Tyner. But there’s something more to Dillard’s work as well; a quest for new ideas in music, in the manner of his AACM mentors.” Justin has performed on national television (ABC) with his organ expose’ The DOT; and has played in various genres spanning Avant Garde with the late tenor master Fred Anderson to a Dave Matthews tribute band (Crash). He continues to transform his career by composing for and peforming with his vast array of ensembles; all while accompanying great musicians all over the world. Stay tuned… 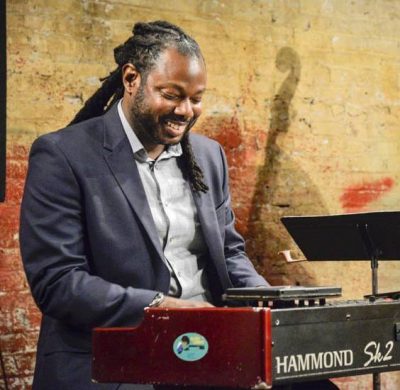