Josh began his career at sixteen playing organ on the soundtrack to (and subsequently appearing in) the cult 1979 movie Quadrophenia. Since then he has written for and/or performed with an amazing array of musical talent including Big Country, Leo Sayer, Pete Townshend, The Crazy World of Arthur Brown, Kenny Jones, Ronan Keating, Alisha’s Attic, Heatwave, Midge Ure, Eric Clapton, Paul McCartney and many others. Josh wrote and produced the recent album for The Crazy World of Arthur Brown (The Vampire Suite) released on Track Records, October 2003. ‘Lots of Hammond,’ he tells us. He also plays with Mark Brzezicki in Damon Hill’s ConRods, and guested with The (Kenney) Jones Gang in January 2004 at Guildford

He is the same person as Josh Phillips-Gorse, and had many album credits under that name from the 1980s.

Outside mainstream rock, Josh works with Dan McGrath, and the pair have been involved in many diverse aspects of the music and media industries for over a decade. Together they have composed the themes to hit TV shows. 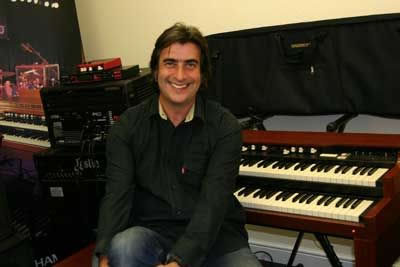