I was born and raised on the Southside of Chicago. I started playing the accordion at the tender age of three, taking lessons at Coletta School of Music and winning first place in my age bracket at the Illinois State Fair when I was six yrs old. At nine years old I switched to playing the Hammond organ. I’ve played in a variety of bands over the last 40+ years. In the 80’s and early 90’s I was in the band Blaze playing the wedding circuit. I also played the blues circuit with the Voodoo Jones Band and the 2004 Bluesfest with Killer Ray Allison. Other bands I’ve played in include Montgomery Street, Fifty-One Lincoln Band, Code Blue Band and I also enjoy sitting in with various bands. My main vocal and keyboard influences include my father, Angelo DiGiacomo, Dennis DeYoung, Mark Farner, Keith Emerson, Jon Lord, Jordan Rudess and Gregg Rolie along with many other artists which are too many to list. 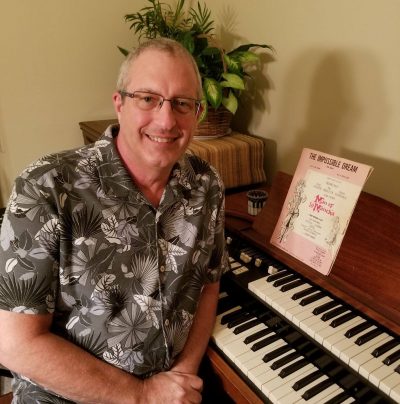