John Sturk is one of Chicago’s up-and-coming jazz organists, with his E-Line Organ Trio. A student of Chris Foreman and Tony Monaco, John’s background in the comedy theater scene of Chicago makes him a unique voice on the Hammond organ.

In addition to gigging regularly around town with his trio, John also is found frequently at the keyboards of iO Chicago, Comedysportz, and many other improv venues.

In addition to his talent at the keys, John also excels as an award-winning sleight-of-hand magician, employing the same fast fingers he uses on the keyboards to dazzle his audiences on stage, and close-up at their seats!

John is a native of Plymouth, Michigan, and graduate of Michigan State University. He has lived in Chicago since 2007. 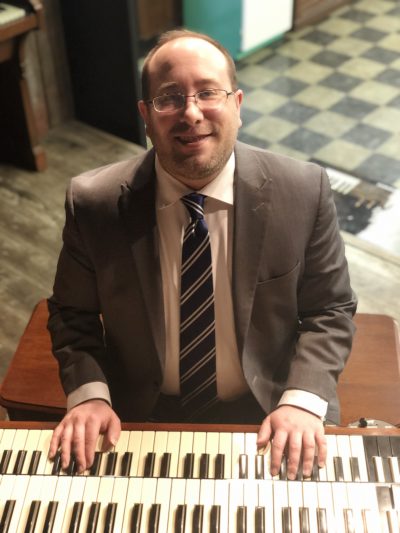