Jody Bagley is a San Diego-based Keyboardist/Vocalist and international recording and touring artist. He began his performing career in Maine at the age of 6, performing throughout many parts of the world before turning 12 years old. Upon moving to San Diego, CA in 2007, Jody has become an in-demand session musician and hired gun, playing and recording with dozens of artist and bands throughout Southern California.

Jody has performed and recorded with artists Ron Blair (Tom Petty & The Heartbreakers), Nick St. Nicholas (Steppenwolf), Greg Douglass (Steve Miller Band), Burleigh Drummond (Ambrosia), Mojo Morganfield (Muddy Waters’ youngest son), Judy Collins, and many more! In addition to performing and touring internationally with the Rock and Roll band, Mrs. Henry, Jody also fronts his own original group JB & The Movers, and plays with the bands Creature And The Woods and Loosen The Noose, as well as with Blues artists Casey Hensley and Shane Hall.

Jody is a collector of vintage keyboards, owning and using dozens of pianos and synthesizers from the 1970’s. A long time composer and songwriter, Jody has written music for television and films and also serves as the Music Director for the Unity Church of El Cajon, California. Jody is honored to be welcomed into the Hammond family alongside so many incredible artists! 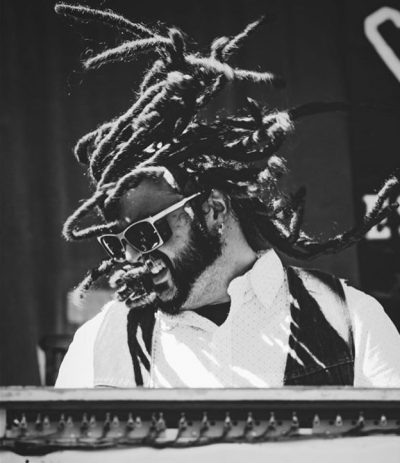