“The SK2 fits in so many different musical situations, they should’ve called it the Hammond Multi-Tool. Need acoustic piano? It’s there. Electric piano? Got that, too. Clav, horns, strings, even accordions All there at the press of a button. And of course since it’s a Hammond, the organ is the real deal.”

Jim Alfredson comes from a musical family. His father earned a living as a professional musician for many years and encouraged Jim’s talents from a very young age. Some of Jim’s earliest memories include pulling on the drawbars of his father’s Hammond B3 at the age of four.

Jim began writing his own songs at the age of eight on a Yamaha organ. A score of synthesizers and multitrack machines followed until he came full circle at age sixteen and began lusting after the sound of the Hammond organ once again. Jim has immersed himself in the study of the mighty Hammond B3 ever since, dedicated to uncovering new directions within the great tradition of the instrument. His group, Organissimo is regarded as a cutting edge trio, enjoying rave reviews from critics and the public alike. He is also the former organist and musical director of the highly successful, award-winning rhythm & blues band Root Doctor (1999 – 2009) 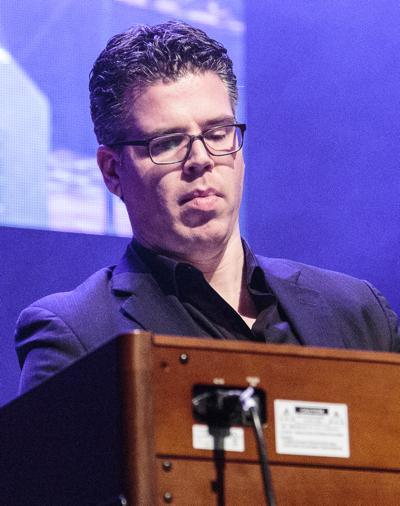