“Hammond has always been apart of my playing. The sound and feel is undeniable. When I’m performing with the B3, C3 the richness in the growl always adds to what the band is playing. This SK2 brings the convenience of have this rich sound with out having the bulkiness of the vintage units. That is so convenient when touring. The thing I most enjoy about the SK2 is the ability to patch in other sounds beside organ eliminating having another keyboard. There’s no sound like Hammond.”

For the past 14 Years Jesse Ray Miller has been contributing to the music business community. Miller specializes in writing, producing, and arranging music in genres such as Gospel, R&B, Hip Hop, Rock, Christian, and Blues. His attention to detail, and commitment to excellence has made and continues to make Jesse a force to be reckoned with.

Coming from a musical family, Jesse learned early on a great appreciation for music and its effects on people. Mastering both piano organ and drums, afforded Jesse the opportunity to be apart of some great live performances, and recordings. He’s had the pleasure of accompanying some of the industries greatest names such as Paul Baloche, Alvin Slaughter, Byron Cage, JMoss, Kim Burrell, Kierra Sheard, Vye Higgensen (BET Honors recipient), Darcel Blue, DMott , Jody McBrayer (of multipul Grammy and Dove award Nominee Group “Avalon”), David Michael Miller and a host of others. Jesse has also served as the musical director for many artists including the world famous Harlem Gospel Choir both (European and United States tours). Jesse has served as the musical director for one the largest churches in the Western NewYork region Zion Dominion Global Ministries for over 12 years. Miller has traveled to over 16 countries 3 Continents and countless cities touring. You can currently find Jesse traveling with the Iconic Benny Hinn. You can also find Jesse performing with Blues Soul Artist David Michael Miller. Jesse has also worked and recorded with great artists such as multiple Dove award nominee Benji & Jenna Cowart, as well as Stellar award nominated artist April Nevels. He has been a co writter with some notables like Mia Fields (from Hill Song United )

Aside from being an experienced traveling musician, Jesse’s passion is production. Jesse is the driving force behind some great projects. Miller has recently been apart of Documentary including some of the nations most influential leaders. The award winning film “The Scroll” features names like TD Jakes, Bernice King (MLK’s daughter), Paul Morton, Noel Jones and many others. Aside from producing individually, Jesse has also collaborated with Atlanta Based super producers “ The Upperclassman”. Miller had the opportunity to produced and play on David Michael Millers latest recording titled “Poisons Sipped” which debuted at 24 on the National Blues Roots Charts, and currently holds strong in the top 5. This record is gaining momentum in both US, and Europe.

Though this is just the beginning, Jesse plans to continue to have an impact on the music and film industry world-wide for years to come. 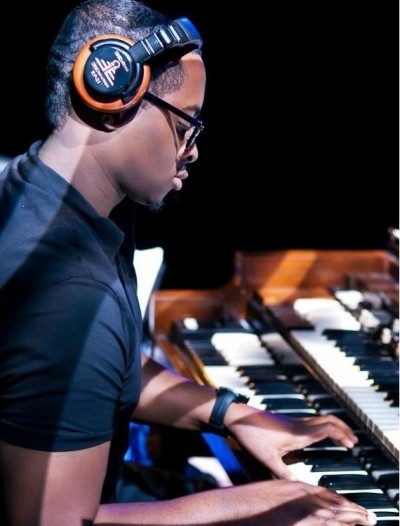