Born in 1971, just outside Woodstock, NY, Jeremy grew up in a community famous for its musical culture. It was during those early years that he was exposed to all types of music—from classical and jazz to rock, rhythm and blues. He started playing piano at the age of five, and in his teens played classical recitals at the State University of New York in New Paltz, where he went on to study jazz. It was there that he joined Murali Coryell’s band (son of jazz-guitar great Larry Coryell). Murali’s band played an eclectic mix of rock, funk, soul and blues, and soon they were recording their first CD Eyes Wide Open for Big-Mo records.

After college, Jeremy joined the Bill Perry Blues Band. For a few years they were the house band at Manny’s Car Wash blues club in NYC, and they toured around the east-coast and mid-west USA. On the CD Love Scars , Jeremy co-wrote In My Lonely Room with Perry, which received airplay on radio stations around the country.

In 1995 Jeremy returned to school, receiving an MFA in 1998 from SUNY Purchase Conservatory of Music. There he developed his interest in Afro-Cuban music, as well as Soul-Jazz after a Lesson with Hammond Organist Larry Goldings.

Over the years Jeremy has done freelance work for many different artists. This includes touring and recording as a sideman with members of the Band (Jim Weider, Randy Ciarlante, Levon Helm), as well as many blues artists (Shemekia Copeland, Sue Foley, Debbie Davies, Bill Perry). He performed on MSNBC’s Imus in the Morning show, playing piano for bluesman Little Sammy Davis, and he recorded with Richie Havens for the TV show, “The Practice”. In 1999 he recorded a CD with Debbie Davies that featured Double Trouble (Stevie Ray-Vaughn’s band). In the fall of 2000 he performed on CBS’s Sat Early Show with Jim Weider and the Honkey-Tonk Gurus, and a song from Sue Foley’s CD Ten Days in November appears in the Academy Award nominated movie You Can Count on Me . He also toured and recorded with soul-jazz legend Melvin Sparks in the winter of 2004, handling bass duties on the Hammond organ for his 2004 release It Is What It Is . Since 1997, Jeremy has been playing piano as well as arranging and composing for Soñando, an exciting nine piece Afro-Cuban band. In 2003 they released a CD of original music; Sueño Del Valle.

When time allows Jeremy also leads his own organ trio, which is rooted in the blues and heavily influenced by the funky soul-jazz sounds of the late 60’s. Jeremy’s first CD Lost River Jams was recorded in Feb 2002, and it is available on Flying Yak Records. He also recorded Snap Back Jack for a Jack McDuff tribute album which was released on Scufflin’ Records in the summer of 2004.

In 2005 Jeremy began touring with blues singer Shemekia Copeland. With Shemekia he has performed all over Europe, Canada and the United States. Jeremy can be seen and heard on her DVD On Stage At World Café Live. 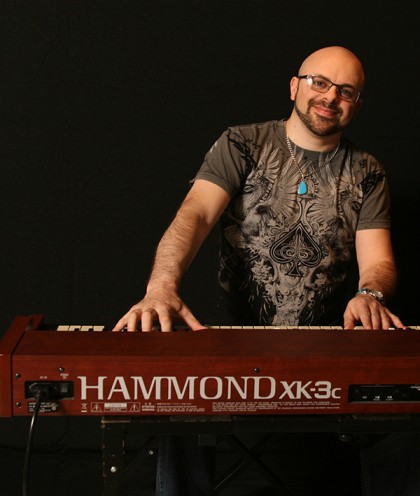