In Jeff’s words:
My name is Jeff Lescher and I have been in two musical groups of some note: The Next Big Thing (1980-1983) and Green (1984 to present). The Next Big Thing was a Chicago group that played punk rock and opened shows for a number of the internationally known first generation of punk groups then touring in the U.S.: The Damned, The Dickies, Johnny Thunders, Angelic Upstarts, The Circle Jerks, Joe King Carasco and the Kings, etc., etc.

I then started the group Green in 1984. We made seven albums, three E.P.s, and a couple of singles, of recordings of our original music and toured to various parts of the world to perform live. For my upcoming solo album recording, I realized that for too long I’d been missing the essential rock sound of the Hammond B3 organ. That instrument had been recorded on a few Green tracks, but whenever we tried different organ sounds, they were never “right.” My upcoming solo album will now have the essential, perfect, right sound! Thank you Hammond. 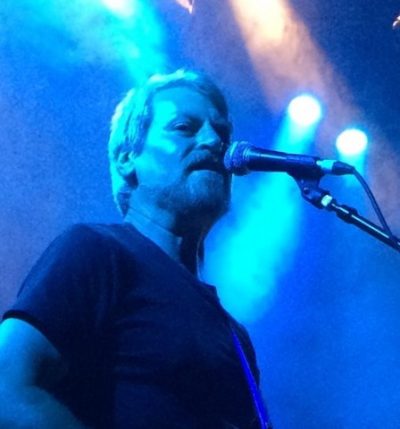