“The Sk2 has allowed me to stay rooted in the organ tradition while exploring new directions in keyboard performance. The Sk2 is a truly inspiring instrument.”

Jason Matthews is a Miami-based artist, pianist, keyboardist, composer, and producer who grew up in the in the Greater Philadelphia Area. Originally inspired to play music by bands like Yes, Led Zeppelin, and Jimi Hendrix, Jason started playing keyboard at age 13.

“Most piano/keyboard players I know started on the piano. I did not.  While other young pianist were getting their classical lessons or playing at church, I was in my room experimenting with sounds on my keyboard my mother bought me in 8th grade. I remember trying to create songs based off of that one Yes record, Fragile. I had a band with my brother and it became my first experience writing music for a band. I was always writing and messing around with sounds on multiple keyboards. I think that’s why I’m so drawn to the tone and the sonic possibilities of the instrument I play.”

In high school, Jason studied piano under professor Terry Klinefelter at West Chester University.  The piano lessons were loosely classical but eventually moved towards jazz.  The discovery of pianists like Herbie Hancock, McCoy Tyner, Ahmad Jamal, Wynton Kelly, Keith Jarrett, Brad Mehldau and Aaron Parks transitioned Jason into and whole new focus.  At that time, he began heading into the city of Philadelphia to play at the jam sessions with his peers at The Philadelphia Clef Club and Chris’ Jazz Cafe.

“There was a good size group of my peers who went to the Clef Club.  The same place where Philly musicians like Christian McBride and Jaleel Shaw went to when they were younger.  Every week or so we would slip into Chris’ and check out performances by the staples of the music scene, Orrin Evans, Mike Boone, Luke O’Reilly, Khary Shaheed and our friend Justin Faulkner.  Then we would sit in and try to play what we just heard.  A lot of my Philly friends have moved to NYC now, but because of those times, we all became a family.  The music community had a big impact on my musical taste and sense of relationship. Philly taught me how to dig into my performances.”

Jason attended the Frost School of Music of the University of Miami and studied jazz piano under Martin Bejerano, currently the piano player of the Roy Haynes Quartet.  In college, he helped develop his current band, The Politix. The group originally started as live hip-hop project opening up for major acts like The Pharcyde, Wiz Khalifa, Dj Maseo (De La Soul), & Ali Shaheed Muhammad (Tribe Called Quest) but found its own unique sound through the tradition of soul music and songwriting.  The band is currently performing at festivals and working on their second record.

Aside from writing and performing for other Miami-based bands (Electric Kif, Mag Pi, Roosevelt Collier, Sookie Sookie), Jason also produces and writes his own music.

“I have learned a great deal about production just from working as modern-day musician and artist. There are so many possibilities now when it comes to making music and since I am a creative composer, I’m naturally drawn to the art of production. I have about twenty compositions that I would like to put out to the world in the next year; jazz tunes, rock tunes, pop-tracks, just good music. Right now I’m starting a label with some of my brothers from Philly who now live in LA and NYC. We will be releasing our work on our site all throughout 2014, connecting the 3 major cities through the music we produce and the artists we decide to feature. It’s called Chalky Productions.”

For upcoming performances and music releases, follow Jason on 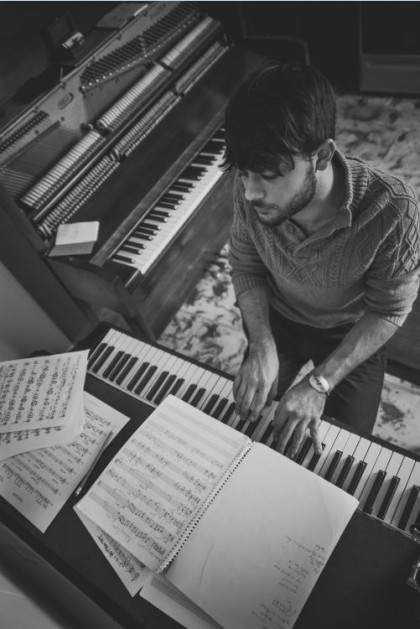