Born and raised in Iowa and cutting his teeth in Austin, TX, Jared Hall has performed and worked throughout the United States as a keyboardist, singer, and music educator. His style of playing includes a wide spectrum of sounds including; blues, boogie-woogie, honky-tonk, country, rock, and even classical. Throughout his career, he has performed at The Austin City Limits Music Festival, South By Southwest Music Festival, North By Northeast Music Festival, Kerrville Folk Festival, Hardly Strictly Bluegrass Festival, The Savannah Jazz Festival, and the South Carolina Dizzy Gillespie Jazz Festival. As an educator, he recently was the keyboardist with the Savannah Music Festival’s Musical Explorers program in partnership with Carnegie Hall’s Weill Music Institute and continues to work with early childhood music education.  He combines experience in music, education, and production as the current Music Director at Historic Trinity United Methodist Church in Savannah, GA where he produces an Americana and Jazz Music Series titled Trinity Sanctuary Concerts.

Jared is an active session musician and has most recently recorded Hammond B3, piano, and accordion in Los Angeles with William Pilgrim and the All Grows Up, Live at the Ice House, and appeared on recordings with the Blind Boys of Alabama, Brenton Wood, and Exene Cervenka. He also worked along side Darryl McDaniels (aka D.M.C.) from Run-D.M.C. with My Friend’s Place in Los Angeles to support homeless youth and foster children. He has toured and recorded with Colin Gilmore, The Bastard Sons of Johnny Cash, Randy Weeks, Ramsay Midwood, Hudson Moore, Graham Weber, Nathan Hamilton, Randy Burk and the Prisoners, Brother Trucker, and The Train Wrecks.  Along with touring and recording, he has also created music for the PBS Documentary Eating Alabama and other various film projects.

Jared currently resides in Savannah, GA and tours with his Gypsy Swing group, Velvet Caravan.  They recently played with the Hilton Head Symphony Orchestra conducted by John Morris Russell of the Cincinnati Pops Orchestra and performed as an official showcasing act at SXSW Music Festival in Austin, TX.  Their latest album is titled “Acoustic in Nature” and they recently filmed a short-film documentary that won a 2014 Telly Award. 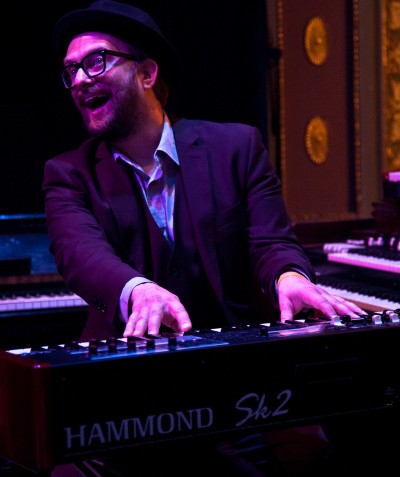