James plays the Sk2 and B3

“After hearing Jimmy Smith, Richard Groove Holmes, and John Medeski play the B3, I knew I was in love with Hammond Organs. In my early 20’s my brother did an album with the great Dr. Lonnie Smith of which I got to hang and gather a lot of knowledge about Hammonds. Lonnie inspired me greatly. The SK2/B3 is my voice, this is how I speak to people about what matters most to me…the love of music and the soul that the classic Hammond Sound conveys”

James Pace, 39 years old, grew up in Salem, VA and began playing piano at age 3. With a focus on jazz and blues, James fell in love with his favorite instrument the Hammond B3 Organ at age 14 and has continued to focus his musical efforts around that soulful instrument.

Pace currently resides in Sacramento CA and when not on tour can be seen playing around Northern California with The Switch Blade Trio, as funk and jazz band based around the sound of the B3. 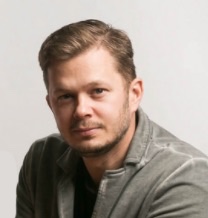