Jacob plays the B-3

Dubbed, “One of Nashville’s premier studio and live performance musicians,” Jacob Tipton is one of Nashville’s master Hammond B3 organ players. Specializing in the vintage Hammond B3 organ, keyboards, blues harmonica and background vocals, he has found success recording and touring all over the world.
The Johnson City, Tennessee, native relocated to Nashville in 2013. He has since worked with many different genre artists, including Grammy Award-winner Mike Farris, Roosevelt Collier (Allman Brothers, Lee Boys), Al Green, Jim Belushi, Shirley King (the daughter of the late B.B. King), Shaun Murphy (Eric Clapton, Bob Seeger), Emoni Wilkins (CeCe Winans, The Sing Off), Watson Grove Baptist Church, The Stacy Mitchhart Band and Sister Ruth & the Swamp Grass Revival.
Along with working on his own project the Jacob Tipton Trio, which takes a spin on a very old-school and unique, bluesy sound, Jacob is currently working on occasion with country music legend, T. Graham Brown and continues to perform with The Stacy Mitchhart Band.
Jacob grew up in a tight-knit community in East Tennessee, in which he was surrounded by a very musical family. At the age of seven, he began performing with his family at church. He credits his grandmother for passing down her musical abilities onto him, saying, “She was an incredible musician and I am blessed to have her play such a musical role in my life and share her abilities.”
Alongside his family being a major music influence, with his father being a phenomenal musician and his mother being an incredible vocalist, Jacob was heavily influenced by the incomparable organist Billy Preston. Besides being the top session keyboard player in the 1960s, working with the Beatles, The Rolling Stones and Ray Charles, Jacob admired his adaptability.
Jacob said, “The one thing I always appreciated about Billy was that he was so extremely versatile with his music abilities in any genre-Gospel, R&B, Funk or Rock. “He was always a perfect fit for the artists he worked with.”
Following in the footsteps of his musical influence, Tipton can adapt to all genres of music from Soul Gospel to Blues, R&B to Country and Jazz. From Printer’s Alley in Downtown Nashville, to Canada, and everywhere in between, he has proven himself as a force to be reckoned with in the music scene. He also proves that its not about how flashy you can be or how many notes you can play in a solo, it’s all about the heart and soul you put into the music. 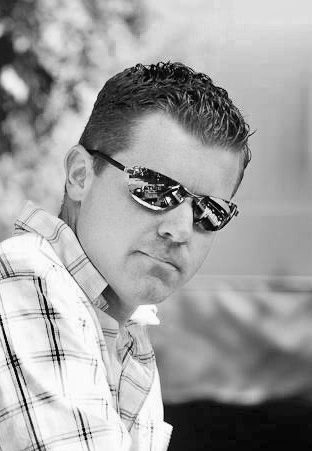