Gregg has performed at the Academy Of Country Music Awards for Miley Cyrus live for 36 million people watching on CBS,  recorded and performed with original rock groups “Beggars & Thieves” and “King Kobra”, played keys for AGT winner Michael Grimm at his Grand Opening at The Flamingo, and has toured the country extensively as the keyboardist for Louis Prima Jr. and The Witnesses including performances on WGN TV & FOX 5 TV, Jazzfest in New Orleans, the Hollywood Walk Of Fame star presentation for Louis Prima, the massive Bottlerock Festival in Napa Valley and has been seen coast to coast twice on Access Hollywood “Live” TV.

Currently as the keyboardist for “The Renaissance Rock Orchestra” Gregg Fox continues to amaze audiences with his energetic stage presence and his exciting keyboard skills refined from many years of live and studio experience. 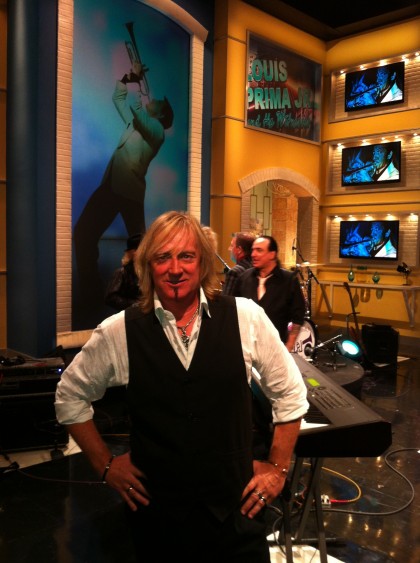